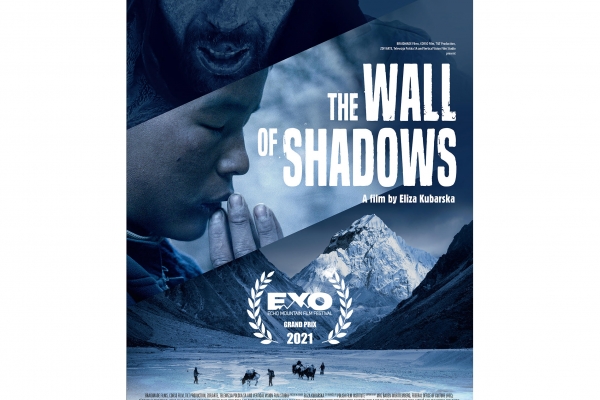 A classic story of conflict between the wisdom of tradition and the frenzy of modernity, set at the foot of the immense mountains of Nepal and told through splendid mountain images, intense dialogues and slow and thoughtful rhythms; above all, a tragic ending, narrated with a few silent images (accompanied only by the terrible breath of the storm); images of an unusual expressive power, such as to make the spectator fully participating in the drama that is unfolding; one of the best mountain movies ever.

A roller-coaster of unpredictable situations and plot twists that only life can “write”, accompanied with risking and naive decisions, but as they say - fortune follows the brave. An expedition which turns into a protest for freedom and changes the live course of the protagonists, has to be considered as one the greatest adventures ever.

“The time I spend in the mountains is like a religious experience for me. It’s healed me…”

A quote from an emotional life confession, story of healing and redemption, which is dramatically intertwined in an ultimate attempt of an accomplished trail runner.  That masterful storytelling and visual expression compels compassion for support for the protagonist to achieve his goal in pursuing the record for completing the 470 km Lebanon mountain trail run.

It is not about being the first woman who crossed Greenland’s polar ice cap that impressed us in this film, but rather the contagious spirit of a true adventurer. Myrtle Simpson is a proof that one’s true passion for expedition and adventure doesn’t end when one becomes a parent, it actually makes the experience even more adventurous and more beautiful, by sharing it with your kids.

Into the Mountain - Special Mention

Into the mountain is an important lesson of respecting the power of mother nature, in seven charming minutes. This short film suckes you in, in the first few shots. Besides having every artistic aspect on point, it also has a very beautiful spiritual lesson, woven in through the narration of the gentle voice of the protagonist.

Freedom, smile, fulfillment, sweet sense of exhaustion… are the pure emotions that the film Ocean to Asgard is radiating, emotions that almost everyone is filling when going on a mountain or climbing a rock.. or simply because you love untouched nature. The absence of professional film cru and the way that all these emotions are expressed thru picture and sound makes the audience, even for a moment, to be together with the four friends in their adventure of big wall first ascents and whitewater paddle descents.

A famous Italian alpinist, Hervè Barmasse, guide the spectator to the climb of the LION RIDGE, probably the most hard of the Matterhorn ridges; while climbing, Barmasse told us about the alpinistic history of the mountain, making the vision of the movie particularly interesting. Wonderful images, many of them filmed with a drone, and a correct narrative rhythm make this movie highly enjoyable, not only for mountaineers.

Can lessons be learned from visuals that tell stories and not just entertain? This documentary shows the harsh truth about human disruption of Nature. Following the rich storyline that meanders through folklore, linguistics, activism, and innovation, we witness both the enormity of mountains and the “invisible space they occupy inside ourselves.” Still, the bird’s-eye view of majestic landscape offers but a fleeting comfort: closing in, we are quickly reminded how rubbish amasses alongside ancient stupas; how the land turns into a playground for the prize of “bragging rights”; how human disputes tear ecosystems and cultures apart. It seems calming the suffering nagas takes more than medicinal tormas. Modern man needs to intervene. Now and again, we hear the plea “Live simply!” resonate as we gaze at ice stupas – an odd sight in the desert of Ladakh. Songs of the Water Spirits is a testimony to humans’ immemorial relation to Nature and to the devastation they cause.