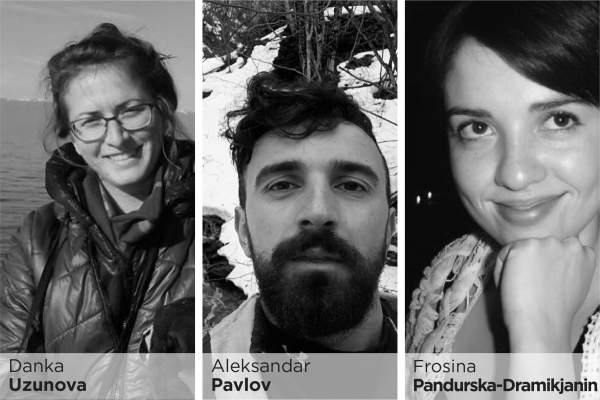 Jury for the category of best environmental film at Echo 2019

For the first time within the framework of the film program at the Echo Mountain Film Festival, we will have the category of best environmental film.Honored to select and evaluate the best Eco Films in competition from 46 films submitted, and selected 8 finalists who will also be screened during the 10th edition of ECHO Festival will be members of the Macedonian ECO Society and longtime friends of the Festival:

Lived half her life in Gevgelija. Interest in nature and all its living creatures developed in her early childhood years, and led her to pursue ecology and study of birds professionally. Working with the Macedonian Ecological Society for over 10 years, she has contributed to the development of ornithology (the scientific branch studying birds) in Macedonia. Her most noted contribution is towards the improved knowledge of wintering waterbirds, and to the development of the 2nd European Breeding Bird Atlas. She currently acts as a representative for the International Waterbird Census coordinators for Western Palearctic.

Aleksandar Pavlov was born in 1986 in Skopje. By training he is a linguist and biologist. He has a long-term experience as a translator and interpreter in English and Macedonian. As of 2018 he works in the Macedonian Ecological Society on the Balkan Lynx Recovery Programme. In his line of work, he fights for this rare subspecies through education in primary schools and making efforts for the declaration of protected areas in the country. He is frequently in nature, conducting field research of large carnivores and small mammals, and he also takes part in other activities of the Society.

My field of interest is social science and I hold a Master’s degree in social science and management of social change from the University of Skopje “Ss. Cyril and Methodius”. I have been part of the Macedonian Ecological Society team since 2011. Previous to my engagement with MES I worked for five years as a reporter in the national agency MIA and the bilingual TV station ALSAT-M.  During my journalistic carrier I was awarded with five journalistic national and international awards. I have also worked as a public relations officer for national and regional projects on various subjects. My current engagement in MES is in the Communications and People and Nature Program. Additionally, I have the opportunity to be involved in education activities and projects related with research of natural resource use and raising awareness for protected areas. Since 2015 I’m active member of the Platform Friends of Shara, which was formed with aim – to lobby Shar Mountain to be proclamed as a national parc.