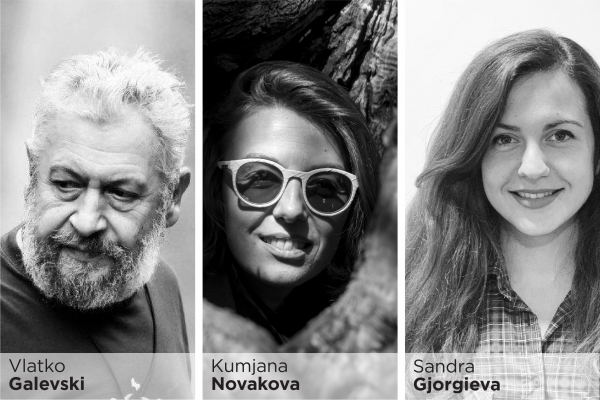 The jury of the 10th Eho Mountain Film Festival will be:

Vlatko Galevski from 1988 to 1993 worked as an editor of the video editions of Macedonia Film Skopje. From 1993 to 1998 he was the editor of the A1 Television film program and the author of the shows "Cinema" and "Cinemania".One of the most important things in his career is that he is a producer, director of photography and co-author of music in the film "Maklabas" directed by Aleksandar Stankovski. Among other things, he also appears as an actor in the movie "Summit of the Shamans", also directed by Aleksandar Stankovski. He is the author of two books, Jacheria (2010) and Confessional Finances (2015). From 2001 to 2011 he worked as an editor for culture and art in the weekly / monthly magazine Forum and as an editor for special projects there. For the past 20 years he has been working as a radio host on his author's show, Listenning to the Film, today on Metropolis Radio. Vlatko Galevski is an artistic collaborator and selector for four concerts of film music with the Macedonian Philharmonic Orchestra in the period 2010-2011. In his career, he has also served as president of several film festival jury festivals such as Asterfest, Cinedays, ESO - the Mountain Film Festival and Makedox. He is also the author of over 600 film reviews in domestic and foreign magazines such as "Screen", "On Macedonian Matters", "Forum", "Focus", "Cinematography", "Sarajevo Seske" and many others.

Kumjana Novakova Audiovisual artist / Filmmaker / Film Curator and Researcher. Originally born in Macedonia, Yugoslavia, works in the field of creative documentary cinema, audiovisual and multimedia arts since 2006. Her formal education combines social sciences and social research studies in Sofia, Sarajevo, Bologna and Amsterdam. Prior to enter arts and cinema, she has worked as a researcher and teacher in research methods and identity studies in Sarajevo, Italy and US. In 2006 she co-founded the Pravo Ljudski Film Festival in Sarajevo. Currently, she works at the Museum of Contemporary Arts in Skopje as a film curator and is the co-author and co-researcher at the interdisciplinary art theory programme Radical Education. Collaborates with several film festivals and cinema platforms, and teaches engaged documentary cinema at the Béla Tarr's film factory and at the Documentary / Non-fiction department at ESCAC, Barcelona. As an author, Kumjana develops projects between cinema and contemporary art, mostly exploring the interplay between identities, memories and the collective self. Kumjana currently lives in Skopje.

Sandra Gjorgieva is a filmmaker with over 8 years of experience in making documentaries and fiction films. Since graduation at Faculty of Dramatic Arts, Film and TV editing department, she has worked on TV series as editor and director. Her first documentary "Green walls, black food" was in Competition Programme - Documentary Film at Saraevo Film Festival 2015. Later she made the first film musical in Macedonia "Black and white". Besides editing and directing, she also writes screenplays and works as mentor on Film workshops. In her free time she enjoys mountain hiking