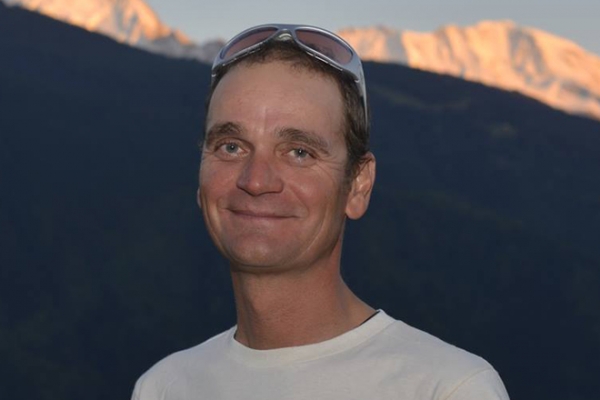 UP& DOWN - Boris Lorencic (Slovenia)

Boris Lorenčic lives in Maribor, in the north-eastern part of Slovenia, with his wife Natalija and two kids. Slovenia is a small, but very diverse country and for that reason excellent for all kinds of outdoor activities. The highest mountain in Slovenia is Triglav. Only 2863m high, but with its 1000m high and 4000m wide north face, this is one of the most important mountains for Slovenian alpinists. Boris has been active in all kinds of activities in the mountains since he was 15 years old, but in the past 30 years alpinism, skiing and climbing have been his way of life. Over these years he has done many ascents and has been on many expeditions worldwide. Dolomites and the Central Alps are close to his reach, so here he has climbed many difficult faces and routes. He has also been climbing in North America (Yosemite, Red Rocks, Yoshua Tree), Alaska, Patagonia and in the Himalayas. To him not only the goal is important, but also the way that goal is reached. That is why most of his ascents were made in free alpine style and always without supplemental oxygen. He received Piolet d'Or for the first ascent on NW Pillar of Chomolhari 7326m in Tibet with Marko Prezelj.

He has been an UIAGM mountain guide since 2004 and since then he guides with love and passion and tries to keep his clients satisfied. He mostly guides in the Alps and Dolomites, because these mountains are close to his reach and he knows them very well.