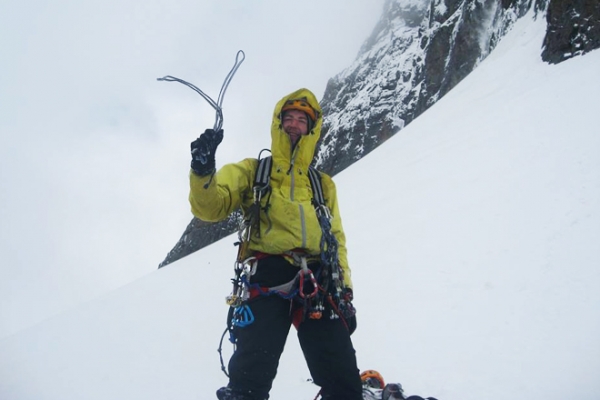 It was our great pleasure, during the 7th edition of the festival, to have Nikita Balabanov as a guest speaker. This young Ukrainian alpinist has received the prestigious award Piolet d'Or (The Golder Ice Axe) 2016 for the first ascent of the difficult north-northwest pillar of Mt. Talung (7348m) in the region of the Kangchenjunga mountain, Nepal, together with his partner Mikhail Formin.

The route is 2350 meters long, and they called it Daddy Magnum Force (M6 AI6 A3; with an overall route difficulty of ED2). The ascent was made from18-25 October 2015. Earlier in 2014, they did another first ascent of the northwest pillar of the Langshisa Ri peak (6427m). Balabanov told us about his ascent on Talung and his participation in several other international expeditions. He also told us a bit about the alpine climbing scene in Ukraine too, and talked on the topic which is of interest to any young, ambitious alpine climber: “How to get to the Himalayas on a small budget”.

His presence was made possible by the Ukrainian Distribution Center (www.udc-trade.com ) and the enormous effort of Rostyslav Palagusynets from the Embassy of Ukraine.